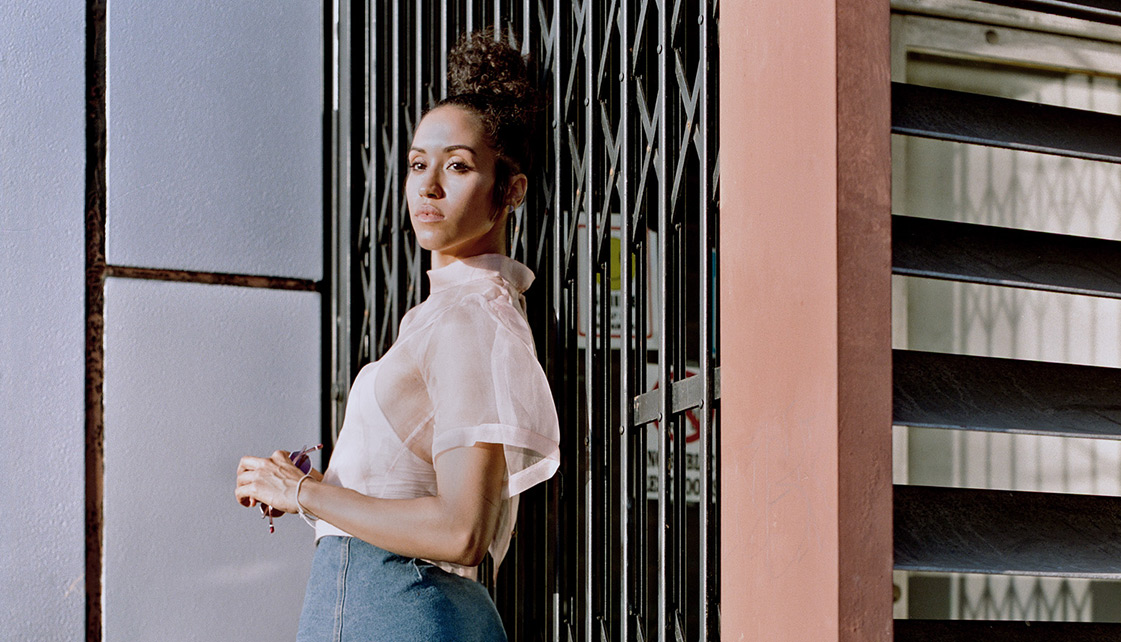 Soul musician from the USA

Born in 1784 on a sea-foam-green galactic horse. After spending a whole lot of time in her mother’s plasma, she figured how extremely pleasurable it is to make noises with her hands and face while travelling high-speed in intergalactic forests. She hopes to get adopted by Jackie Chan one day. And also, someone handed over a Lianne La Havas photograph for her to sign in one of her concerts, and it was no big deal to her. This is Kadhja Bonet through her own eyes; now, let’s get real. She was born in California to an opera singer father and a musician mother, and trained in classical music from the early ages on. Released her first EP in 2014, followed by an invite to the Red Bull Music Academy programme in Tokyo. Her debut album ‘The Visitor’ appeared in 2016 and her second EP ‘Childqueen’ this summer. According to ‘Loud and Quiet’, her provocative style that is keen to ‘psychedelic soul’, and reminiscent of Billie Holiday, whiskey, and 1940’s Disney; mingles folk, jazz and soul. Her outputs that seem to prove her one-of-a-kind brilliance, alludes to the 70’s records with psychedelic covers that you would bump into in your grandmother’s dusty shelves.

A wind of nostalgia to the 70’s where TV’s were black and white, records were analogue, images were psychedelic, and vocals were delicate